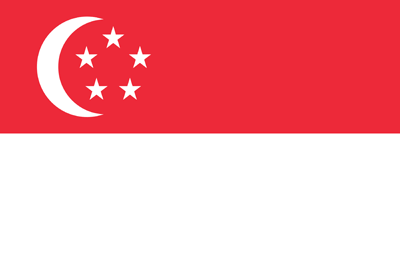 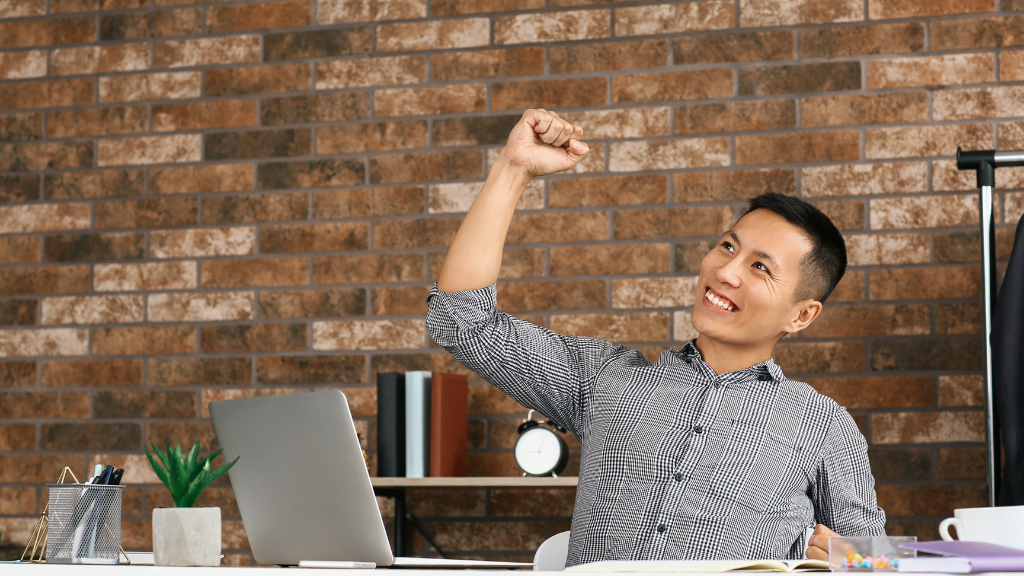 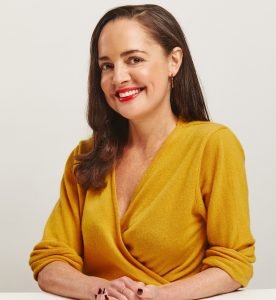 Bitwise, based out of Fresno, California, is a tech training and consulting firm that provides paid apprenticeships to marginalized communities. The company upskills these apprentices into positions either within Bitwise or with a third-party employer, through public-private partnerships.

Since launching in 2013, Bitwise has expanded into Bakersfield, Merced and Oakland in California, and into Toledo, Ohio, with several more cities in the works. And in the past year alone, amid a global pandemic, it’s also tripled in size.

“It was two people in 2013. Today I think we’re nearly 400,” says Soberal. “At the very beginning, it was white knuckling … to prove our early concepts … and now we get to these wonderful outcomes of people coming from poverty, earning a job in tech.”

With such a mission behind it, it’s not surprising Bitwise is #9 on the 2021 Fortune Best Small & Medium Workplaces™ list in the medium category.

The list, produced by Great Place to Work®, is based on anonymous survey data representing more than 282,000 employees at small- and medium-sized businesses, assessing their experiences of trust, innovation, company values and leadership.

Soberal and Bitwise co-founder Irma Olguin are both Mexican-American—and Olguin, the granddaughter and daughter of field workers, was the first in her family to go to college. It’s these roots that inspired them to start a company that specifically recruits workers from historically disenfranchised communities and systemic poverty.

To do this, they outreach in communities where they’ve established trust, informing local people of opportunities in the tech space and helping them to decide whether it’s a career they’d like to pursue.

From there, interested candidates join an apprenticeship path, during which Bitwise addresses each candidate’s individual needs and challenges that could hinder career development—from childcare to transportation to food security—while also providing paid compensation.

“We want to get the world out of your way so that you can be the best version of whoever you are,” explains Soberal.

In the company’s employee survey responses, many employees called out Bitwise’s commitment to diversity and inclusion, particularly as it relates to representing the local community in its cities.

“The expression of Bitwise is not a rinse, wash, repeat,” says Soberal. “The Black community in west Oakland is very different in terms of its cultural values, its needs, its wants than the Latinx community on the west side of Fresno county doing field labor. Both deeply important, but how you reach them, how you support and serve them, very different.”

It’s only a crunch if you limit your reach

Economists are calling it the “Great Resignation.” Frustrated, burnt-out workers are re-assessing their priorities in a post-pandemic world, whether that’s the flexibility to continue working from home, a farewell to the standard 9-to-5 or pursuing a new career path altogether.

And with it, many employers are now facing a hiring crunch—a fight to find and retain talent as business finally picks up and job openings soar.

In April, more than 4 million Americans quit their jobs, according to the Department of Labor, breaking a 20-year record, and over 40% of the global workforce is considering leaving their employer this year. But as many companies scramble to prevent the looming threat of turnover, Soberal says it’s an issue he doesn’t need to worry about.

“How are we beating the hiring crunch? We’re just not,” he says. “We are not endeavoring to hire the same folks that others are. We are reaching, training and equipping and hiring from places and groups that others just won’t.”

Soberal says that too many workplaces are tight-fisted with their hiring — they expect that once an employee is brought on-board and trained, that employee should want to stay put until retirement. But Bitwise views its workplace as a launching pad, either to new roles within Bitwise and its partners, or into the broader tech space.

“I think one of the consequences of the pandemic is that folks who already had a sense of agency and a job that affords them some level of privilege, feel an increased sense of agency: ‘I can be and do anywhere at any time,’” says Soberal.

“That was consistent with our culture already. Do you have a thing you want to do on the side? We want to support that and see it succeed. Do you have a new interest that you want to explore internally? We’d like to open up channels and opportunities for you to do that.”

It’s about the person, not the position

Another company taking a non-traditional approach to recruitment is Nationwide Mortgage Bankers (NMB), which jumped 66 spots to hit #6 on the 2021 list in the medium-sized category.

The company flips the hiring process on its head by creating roles for the people they want to hire, rather than finding people to fill pre-determined positions. This includes hiring people without mortgage experience, whether or not a position is even currently open for them.

“We can find out what people want to do, what their strengths are, and we can create positions around that,” says Jodi Hall, President of NMB. As a result, “they have a higher quality output. They’re passionate about what they are doing.”

Hall says this doesn’t just apply to new recruits, but to existing employees as well. The company has taken steps such as moving underperforming or disengaged employees into new roles that better suit their interests, and has heavily pushed promotion paths, even during the pandemic.

“From January 1, 2021, through May 31, we’ve made 27 internal promotions,” says Hall. “And they weren’t just promotions from, ‘I’m a processor, now I’m a senior processor.’ We had processors move into underwriting roles. We had underwriters move into leadership roles.”

0 %
I am treated as a full member regardless of my position.
0 %
I believe management would lay people off as a last resort.

Recruitment is a two-way street

After more than a year of customers forced to shelter at home, the service and retail sectors were particularly impacted by the pandemic — and are now most likely to feel the hiring crunch.

In a survey by UC Berkeley Food Labor Research Center, 53% of hospitality workers said they plan to leave the industry.

As the only hospitality company to make the small workplaces list, Playa Hotels & Resorts (#37, small category) is doing something right to combat the mass exodus of service workers. One of those somethings is viewing a recruitment as a two-way street, where the candidate holds just as much power as the employer.

“Often companies are looking for a one-way fit,” says Dayna Blank, senior vice-president of human resources at Playa. “Yes, they meet the job description in terms of their experience, their education, their certifications and so forth, but will they feel at home? We want candidates to feel like they found where they belong. I want them to interview us too, I want them to be happy long term, it is not a one-sided choice.”

Playa’s approach to individuality extends beyond the hiring phase to even how they recognize employees for jobs well done. Rather than have a set reward for milestones, employee recognition is often tailored to the individual’s personality and interests.

One high-performing employee frequently expressed interest in joining a gym, so the company bought her a gym membership.

Improve the whole by focusing on the individual

The whole may indeed be better than the sum of its parts, but when it comes to workplace retention, you can’t lose sight of those parts.

Soberal says it’s precisely because of Bitwise’s commitment to diversity and individualism, and meeting employees’ needs (rather than only expecting employees to meet company needs) that they’ve been able to grow and create a workplace where hiring crunches and great resignations are not a concern.

“It’s not: we will tolerate you, we will charitably serve you,” says Soberal. “It’s: you are essential to our collective success. We have continually gotten better if for no other reason than we’ve added wonderful people who have expanded the edges of that culture and enriched it.”

KnowBe4 , a provider of the world’s largest security awareness training and simulated phishing platform, is recently a Great Place to Work-Certified Company in Singapore. In a message from their CHRO Erika Lance, she shares how they emphasize on personal growth in their workplace:

“Radical transparency, extreme ownership, and a culture of celebration are just a few of the core pillars which define KnowBe4’s company culture. We are a great place to work because we value people and place an emphasis on creating an exciting, engaging work environment where we listen to our employees — a work environment which allows team members to reach new heights, achieve their goals, and have fun while they do it.”

Never too small to make a difference

Check out the other Small and Medium Workplaces who made it to our Asia’s Best Workplaces List.

Get more ideas from Great Place to Work on how the best workplaces are attracting and retaining top talent in their monthly company culture newsletter. 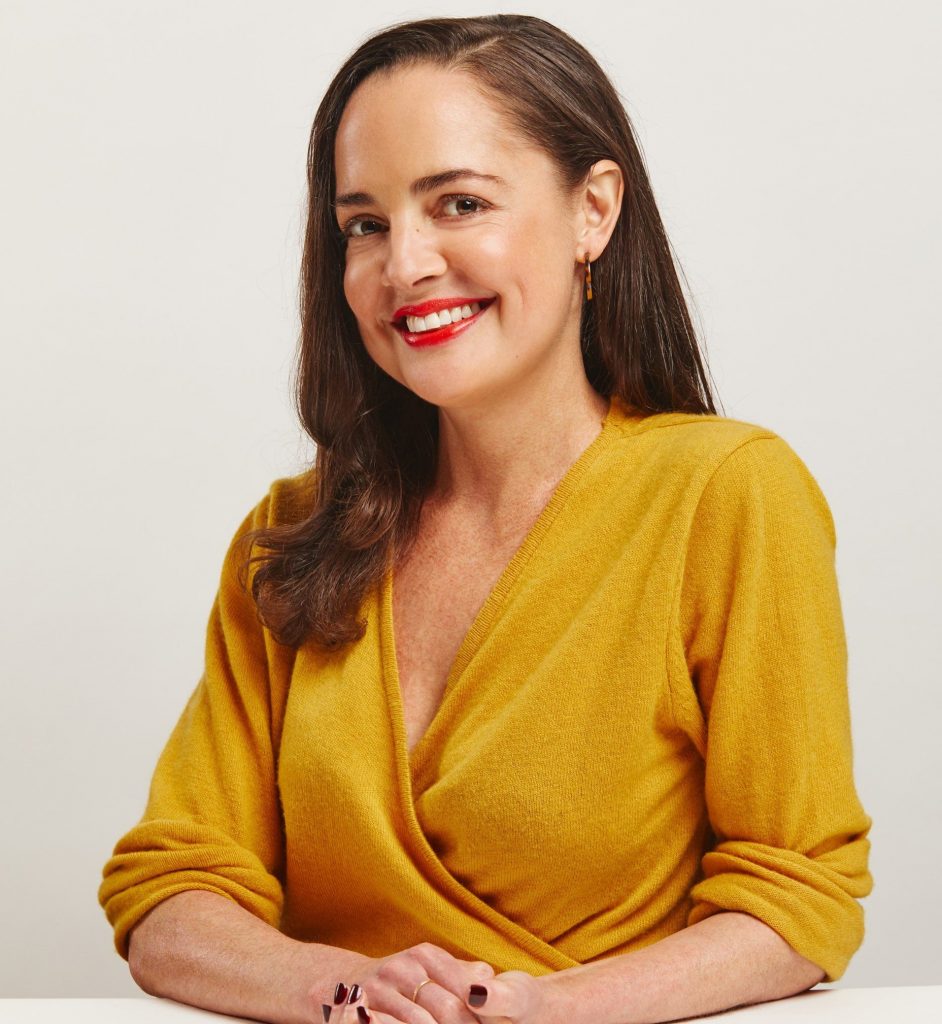 Claire is our Content Marketing Manager. Claire works with Great Place to Work data and company culture experts to distil the psychology of high-trust workplaces. Claire co-authored the Women in the Workplace report and her profiles of Best Workplaces™ have featured in Fortune. When Claire’s not sifting through our 28+ years of survey data, she’s rolling out her yoga mat or daydreaming about her next U.S. road trip. 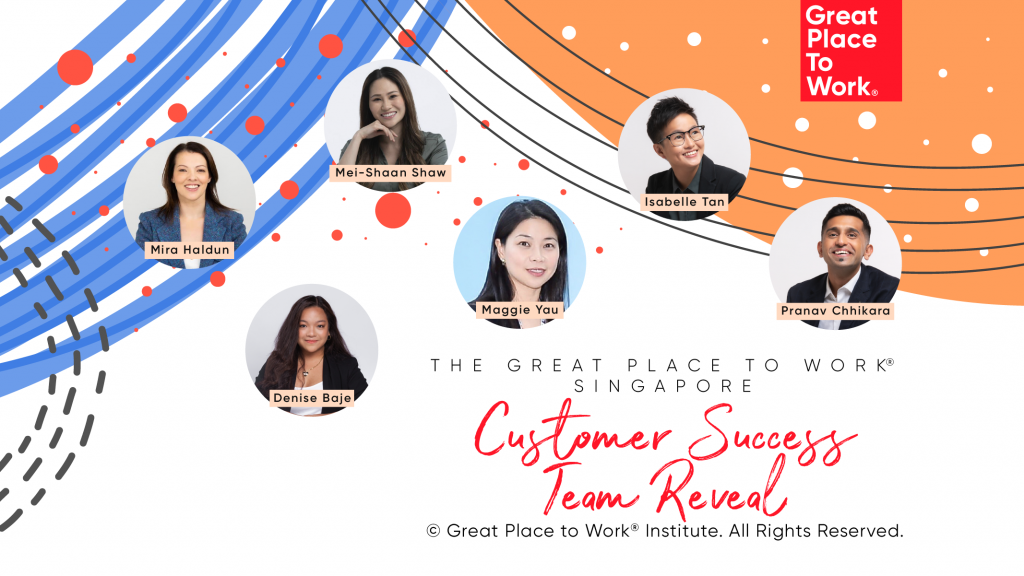 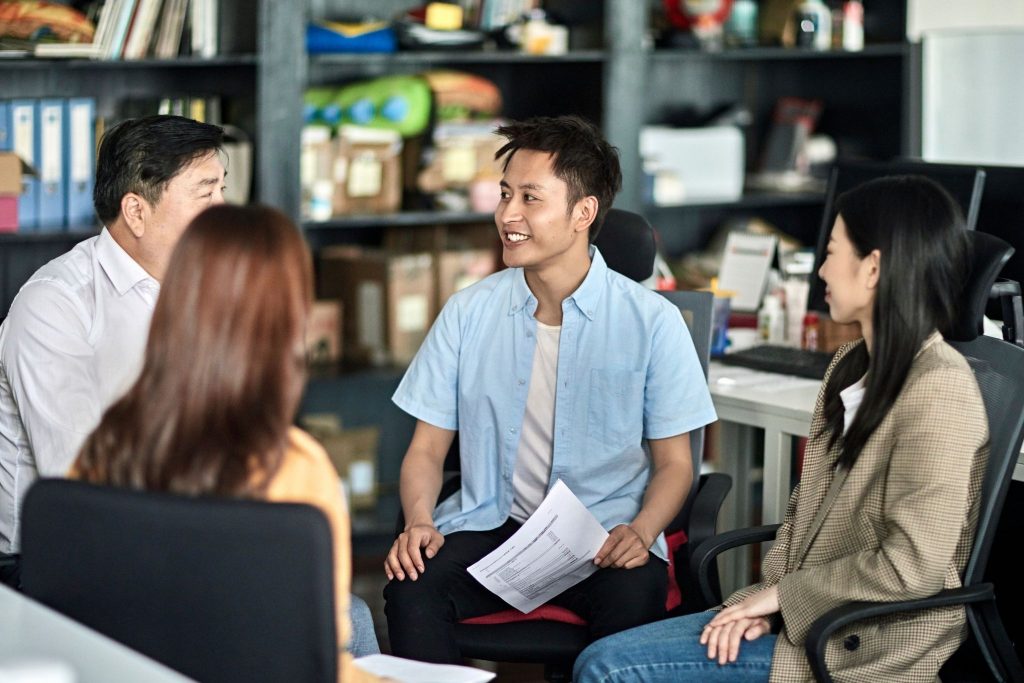 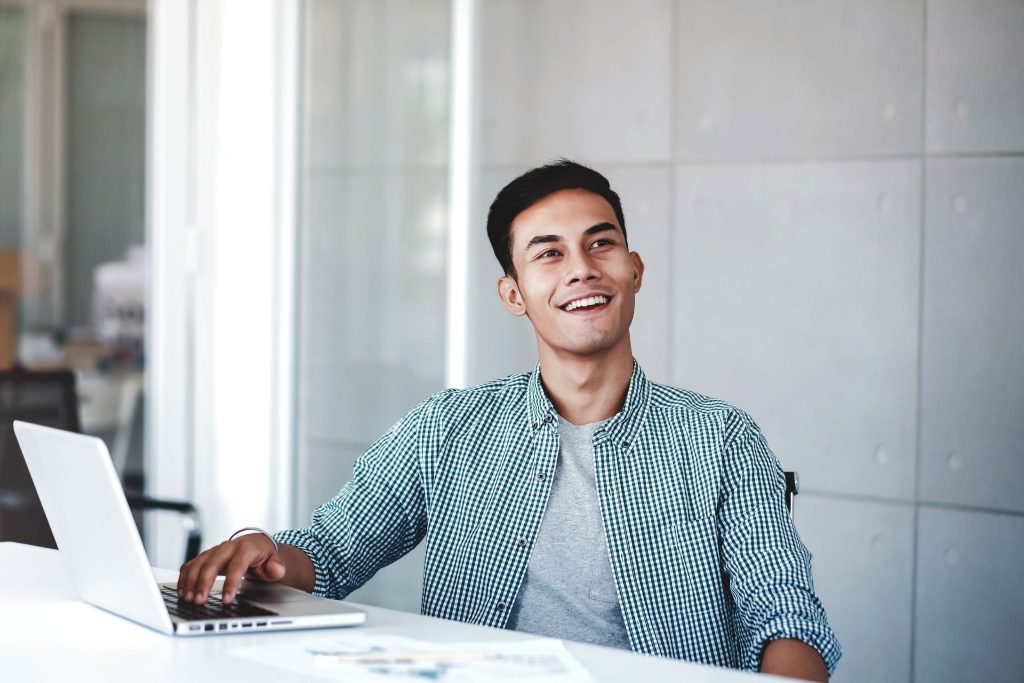 The Link Between Employee Engagement
and Performance 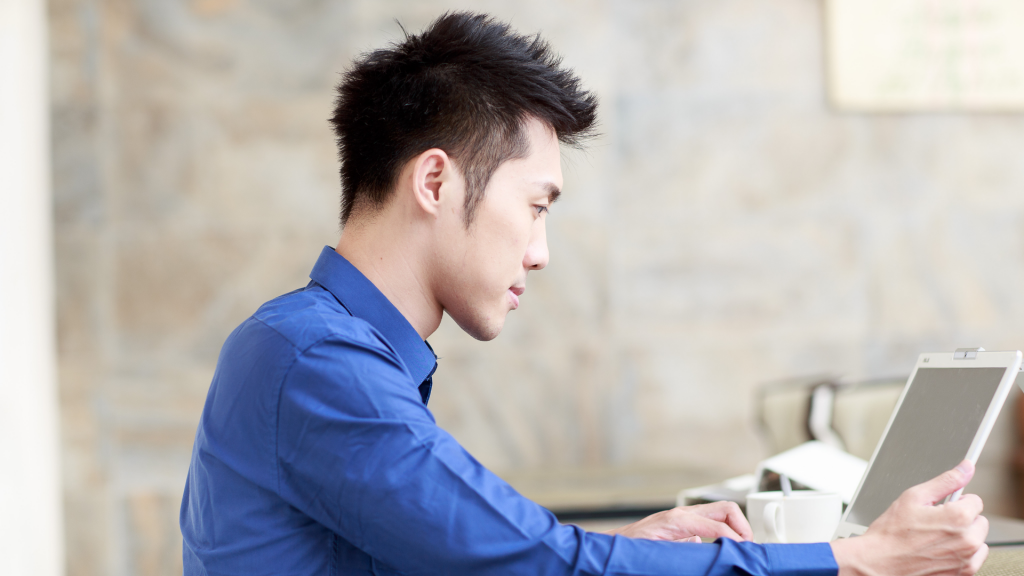 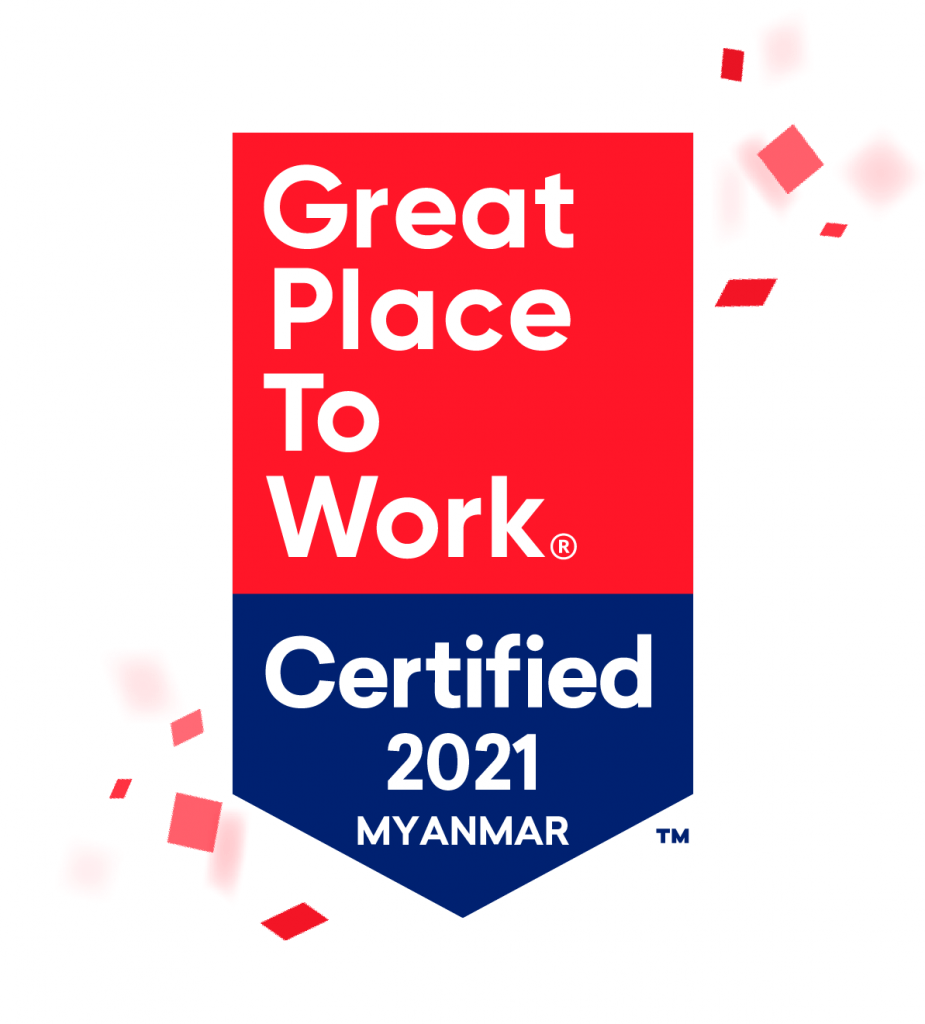 Get your Company Certified

Certification is affordable, easy, and can be completed in as few as three weeks.

To be eligible for the World’s Best Workplaces list, a company must apply and be named to a minimum of 5 national Best Workplaces lists within our current 58 countries, have 5,000 employees or more worldwide, and at least 40% of the company’s workforce (or 5,000 employees) must be based outside of the home country. Extra points are given based on the number of countries where a company surveys employees with the Great Place to Work Trust Index©, and the percentage of a company’s workforce represented by all Great Place to Work surveys globally. Candidates for the 2017 Worlds Best Workplaces list will have appeared on national workplaces lists published in September 2016 through August 2017.

Great Place to Work® identifies the top organizations that create great workplaces in the Asian and Middle Eastern regions with the publication of the annual Best Workplaces in Asia list. The list recognizes companies in three size categories:

To be considered for inclusion, companies must appear on one or more of our national lists in the region, which includes Greater China (covering China, Hong Kong, Taiwan and Macau), India, Japan, Saudi Arabia, Singapore, South Korea, Sri Lanka and UAE. For the 2021 Asia List, companies ranked on the national list in the Philippines will also be included. Multinational organizations must meet the following requirements:

Multinationals also receive additional credit for their efforts to successfully create an excellent workplace culture in multiple countries in the region. The data used in the calculation of the regional list comes from national lists published in 2019 and early 2020.